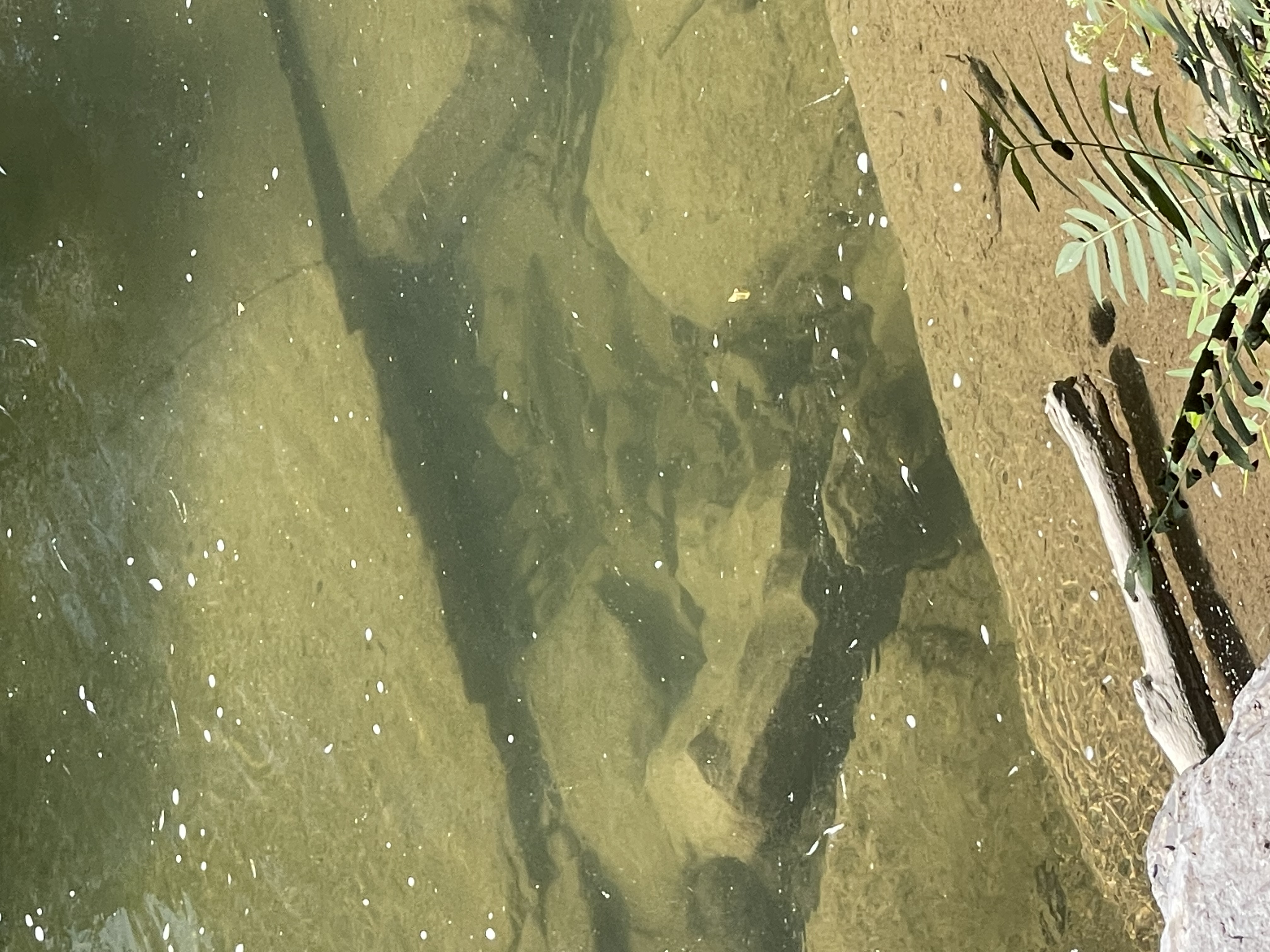 Check this guy out resting in a depression in the slate
Nope, didn't catch it. Just watched it. Saw this fish about a week ago in the lowest reach of a smaller creek. Usually this time of year smaller creeks with better canopy cover have cooler temps if there is a little bit of flow. This late summer, water has not been an issue- it was the wettest August and early September I can remember for quite some time. That being said, we've had 80+ degree days over the last week. Looks like within the next few days that will end and we'll be down to the more seasonably 60's- low 70's for highs.
For everyone chomping at the bit, one thing I've really started to enjoy over the last three or four years is walking the streams in September and taking photographs of fish I spot instead of trying to catch them until it gets cool enough. Just because there are fish in the river doesn't necessarily mean it's the right time to fish for them. Within the next week or two, things look about to kick off for real. Take a deep breath. We're almost there.
Tight Lines,
- D