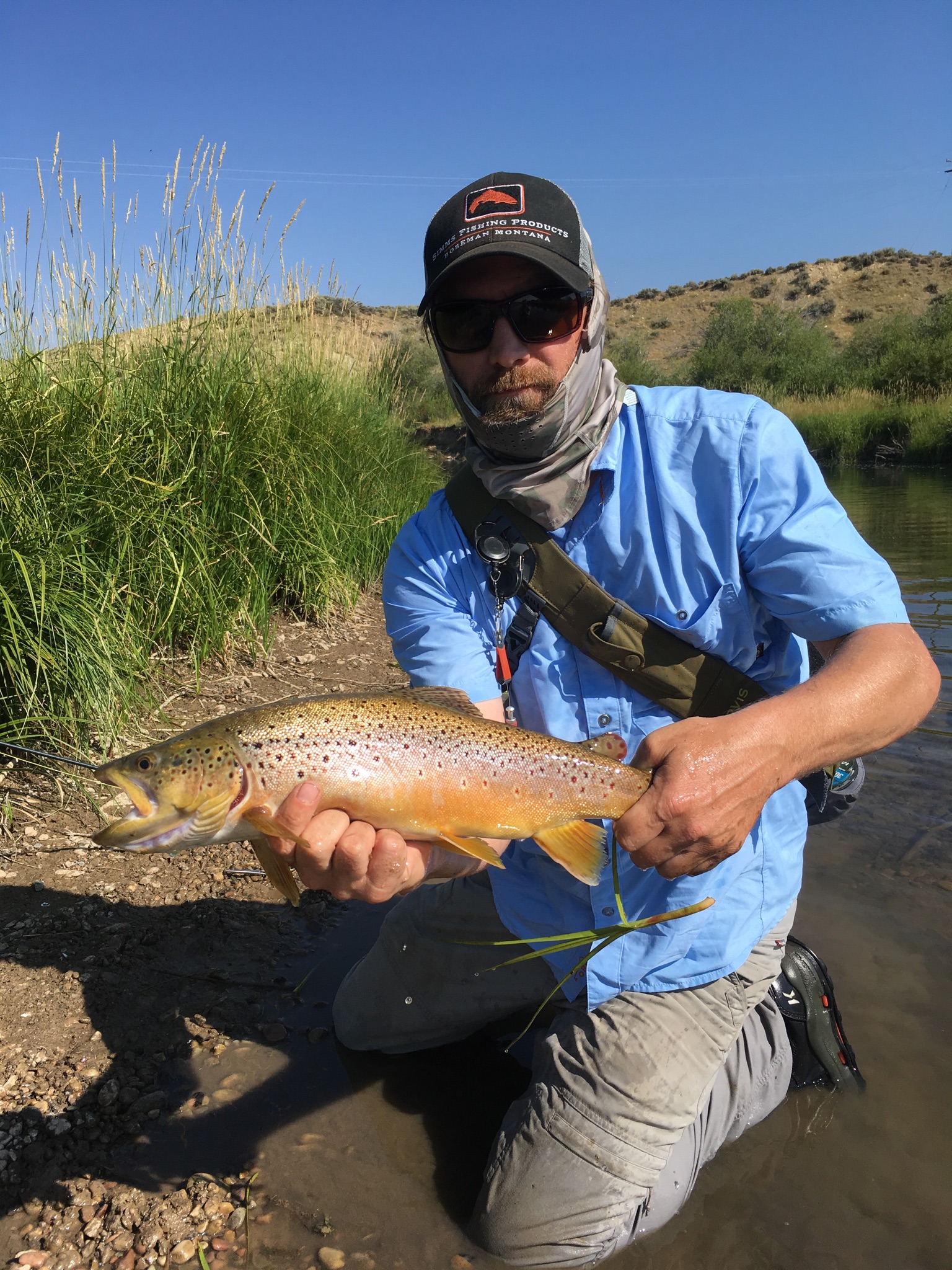 Matt with a really nice brown trout
Well we're at that time of year again. Steelhead season! But before I get into what this fall has in store, Matt and a couple of his buddies just finished up a few weeks of trout fishing out west in Wyoming and Utah. From the pics he sent me, it looks like they had a blast with browns, rainbows, and cutthroat all captured, photographed and safely released!
Back to business. Last week was miserable with temps in the mid nineties. But what a change happened on Friday! Temps started dropping and by Saturday morning we had temps in the low sixties with rain, and it hasn't stopped raining or dropping temps since! As I write this, it is 57 degrees and drizzly. This front is sure to draw in the first small push of fish, though larger systems are all high and dirty and will remain so for a few days at least. Even the smaller creeks will be off line for a day or two with all the rain we've received.
Looking ahead the rain is supposed to taper off today, and the temps are going to be bouncing back up. By the middle of the week the forecasters are calling for highs in the low to mid-eighties. Water temps will trend with air temps, so if you are planning on getting out and looking around on the creeks and rivers as they drop back into shape over the next few days, please be mindful and bring a stream thermometer. Concentrate fishing efforts during the first few hours of the morning, and if you get a water reading over 65 degrees as the day progresses remember to call it quits.
As for this fall season, last year we had a really consistent run starting about the first week of October. The two week forecast has the temps dropping back down after next weekend into the sixties with consistent rain. Hopefully this next heat wave will be the last real warm spell of eighty or more of the season, but you never really know. If the weather does pan out as called for, we should be in store for another consistent early fall season- which we'd love to see.
Can't wait to swing the floating lines.
Tight Lines,
- D 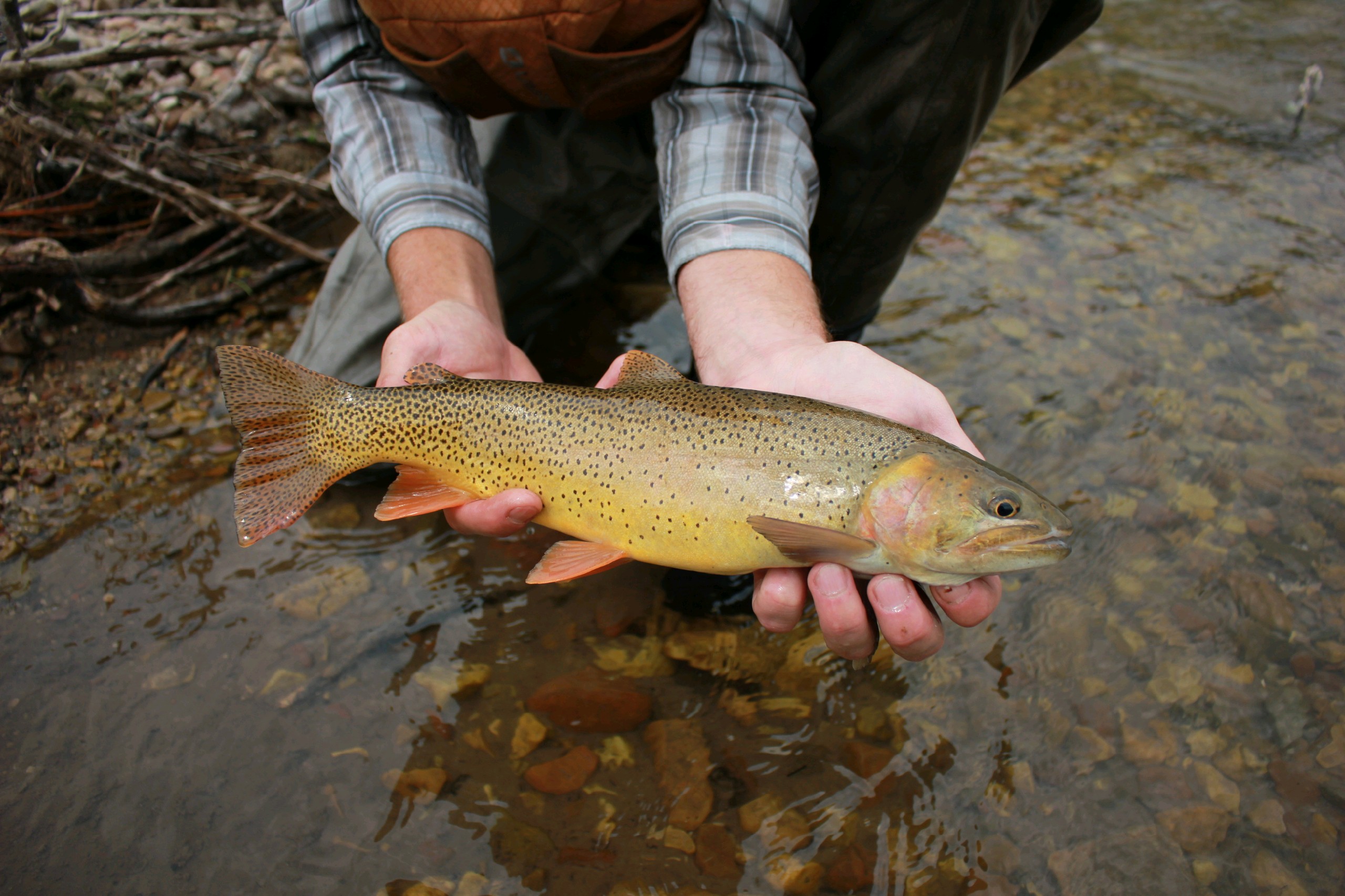 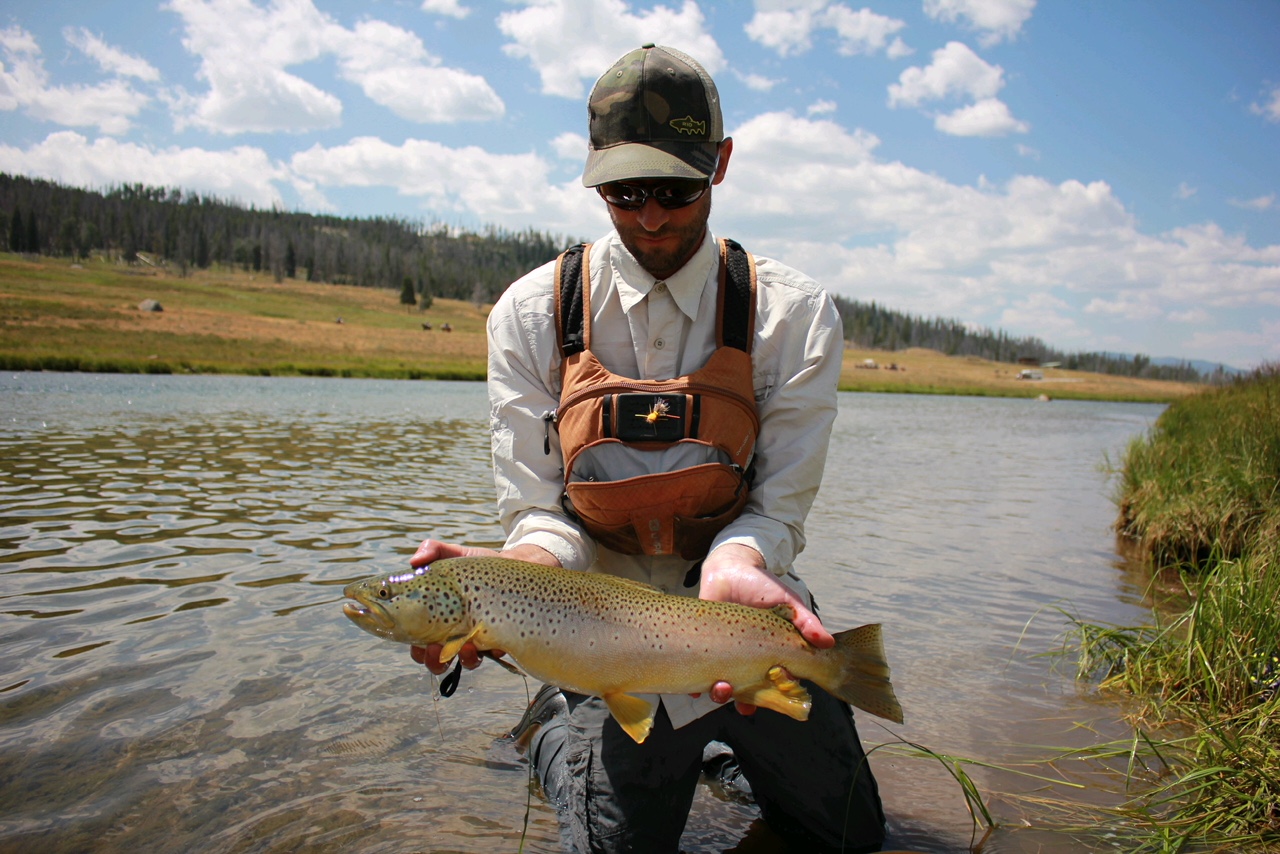 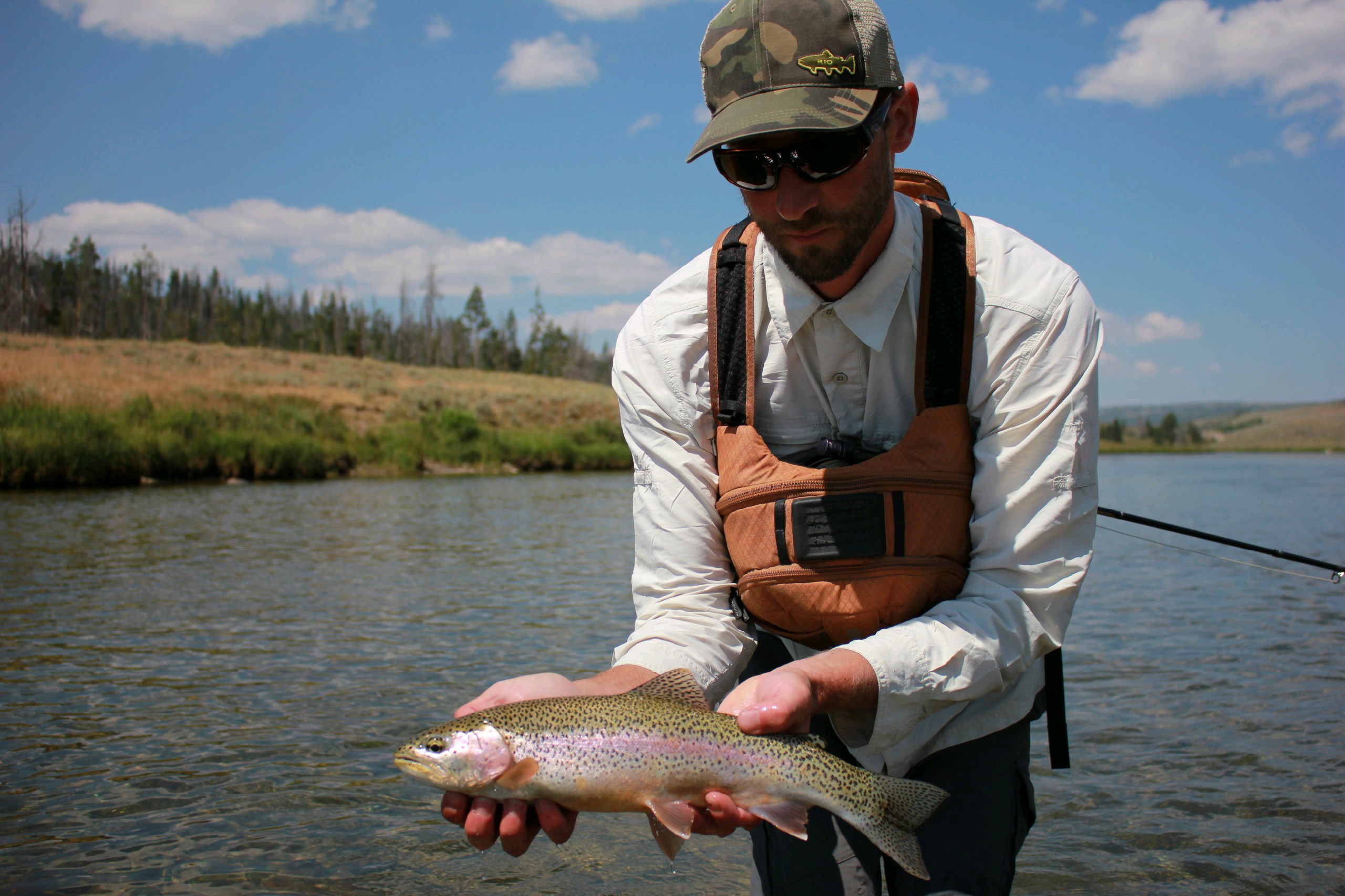 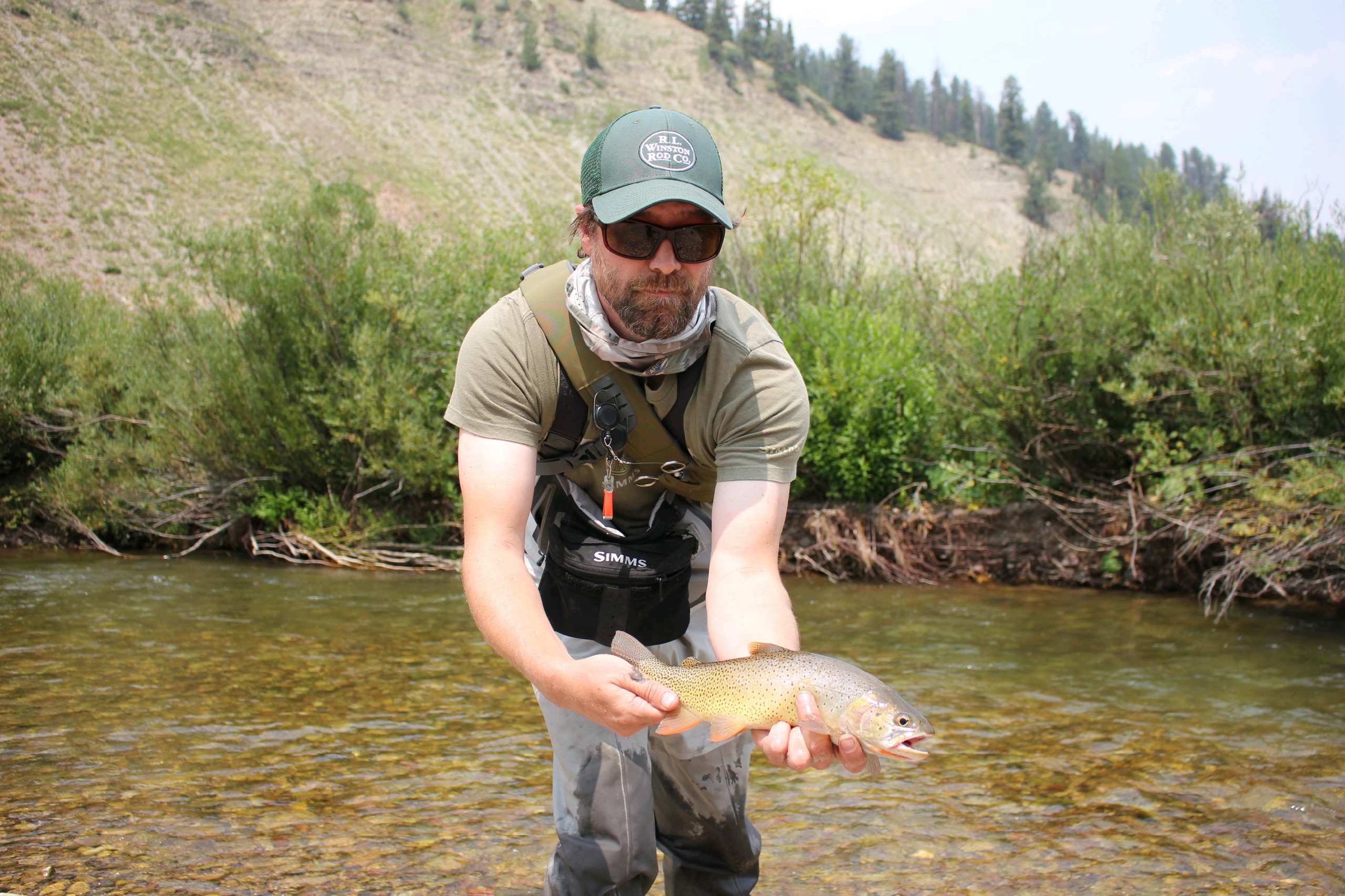 Matt with a well-fed cutthroat