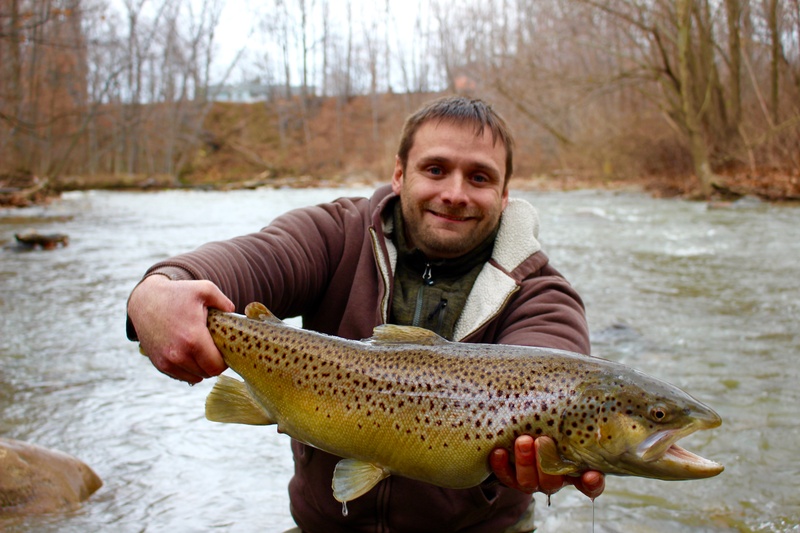 Check out Justin with a toad Lake Erie brown!
Well we are still finding a bunch of quality fish! The Catt is out of the picture for a while, but the other area creeks have good flows and decent amounts of fish. Just got back from spending a few days fishing with Justin from Jersey. The first day, the water visibility on the smaller creeks was between 8 and 10 inches. Not great, but if you know where the fish hold in high colored water you can still do pretty well. I'll give you a hint- look for slow water out of the main current, and often times right next to the shore. We bounced around a few creeks and ended up going 3 for 7 on some quality steelhead, including hooking some fish up to around 12 pounds! Always a lot of fun in higher flow.
Next day we again started at the same spot and hooked up a few more steelhead, putting a couple half pounders in the net. After a while, I walked over to Justin to talk over our options. The spot we had been fishing gets hit pretty good, and it seemed to be going off the bite. The whole trip, Justin was talking about browns, so though Lake Erie creeks don't have as reliable a brown run as Lake Ontario creeks do, we decided to check out the lower end of a creek that will get some browns every year. As Justin had to be heading back to Jersey that afternoon, we only planned to fish until between noon and 1. We got to the lower spot at about eleven o'clock and saw there were a couple cars, but by no means super busy, and we burned some water until we had a whole stretch to ourselves.
The water visibility was about a foot and a half, getting right into that prime range, but still colored up enough that to be successful you have to really work the water well. And Justin did just that. As we were getting down to the wire in terms of fishing time, we started to work a boulder lined tailout of a long run. In front of the first boulder, Justin set the hook and a slab brown, somewhere between 7 and 8 pounds, flashed in the murky water. As quickly as we were hooked up, the line slackened and the fish disappeared into the eddies.
Fearing that I had blown my chance at putting a quality lake run brown in the net for Justin, I stood there. Justin asked if there was anything he could have done differently, but truth is there really wasnt. It's just all part of the game. Sometimes you win, sometimes you lose. But I told him where there are one, there are more. And we kept fishing the boiling water. As we got further and further down, my dismay that I had truly lost my shot at showing him just what quality fish we have grew. Until we reached the last few boulders... where he set the hook and the water exploded. Bigger than the one we lost, a thick fish rolled and fought near the top, boiling the water. After a few minutes that felt like days, Justin turned her head into the net. There lying at the bottom of my rubber mesh lay a beautiful 28" hen brown, thick with eggs and pushing 10 pounds. The time was 12:13. Down to the wire for sure. After pictures and watching his personal best brown swim back into the murk, Justin turned to me and said "I think that's a good one to call it a day on." Mission accomplished.
Tight lines, and enjoy the other pics!
- D 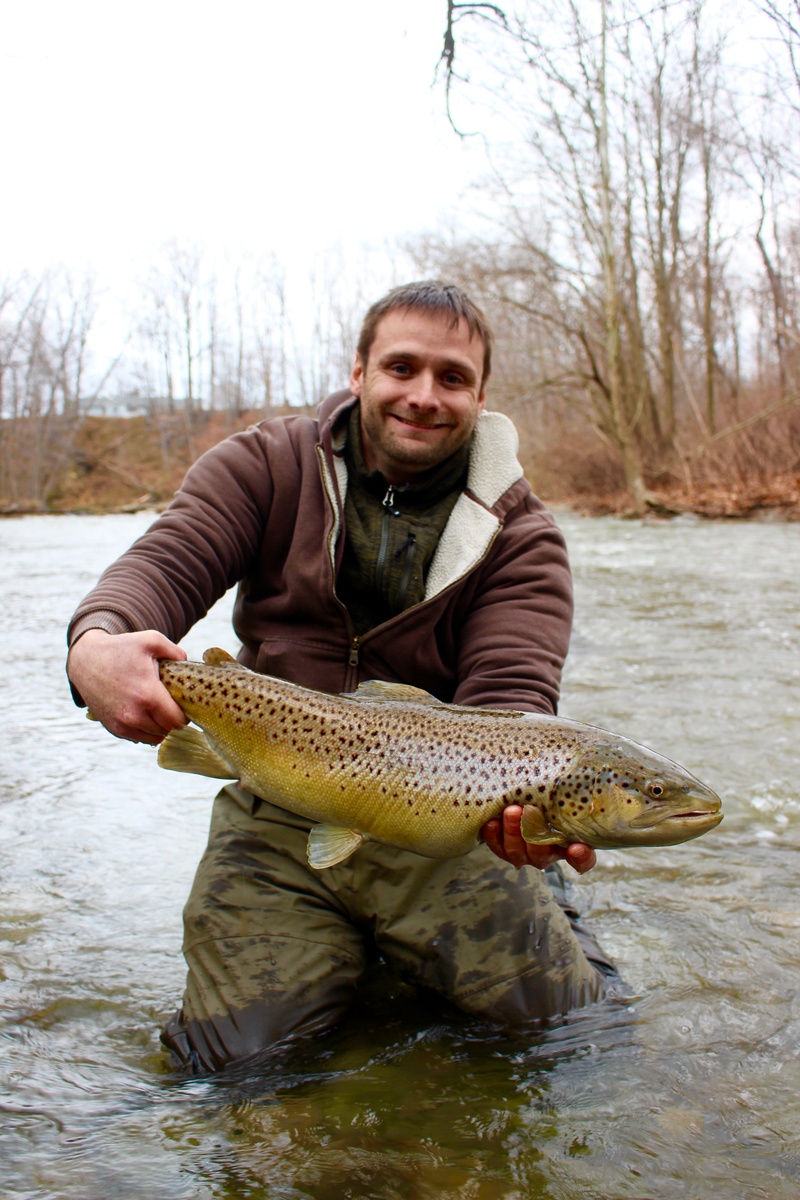 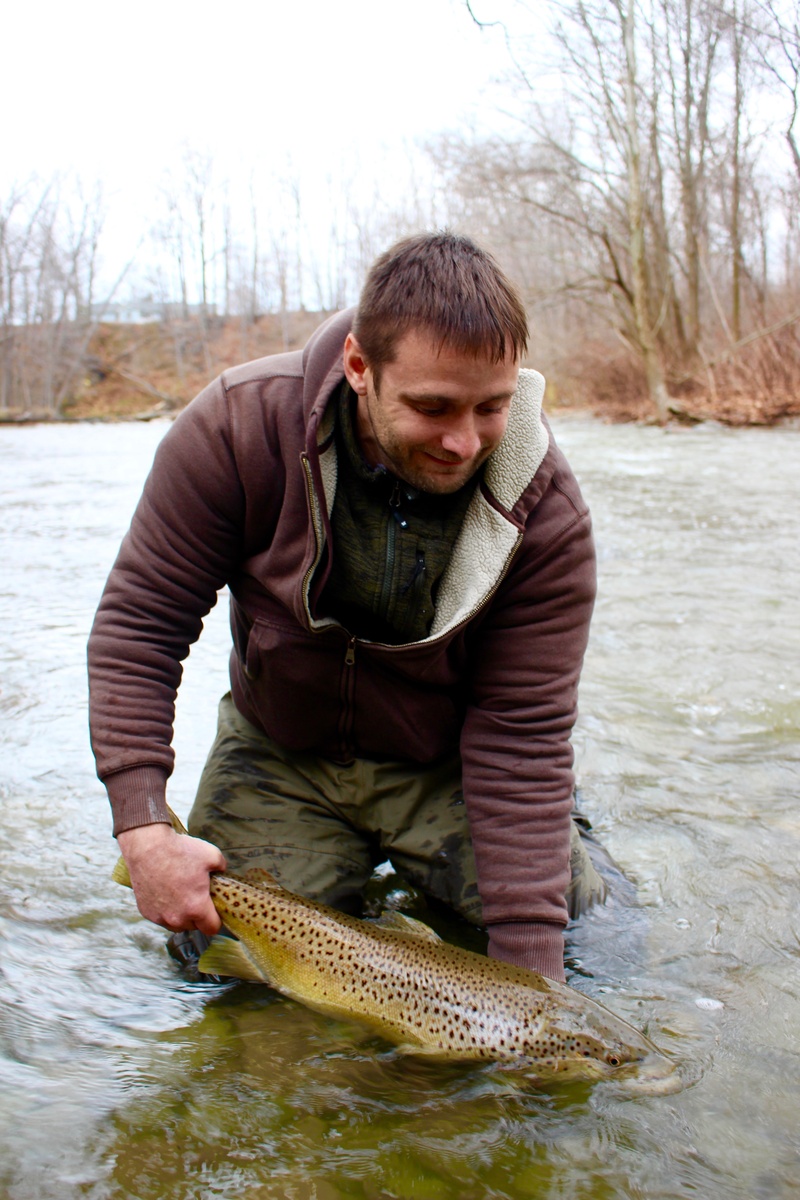 Another couple of the brown! 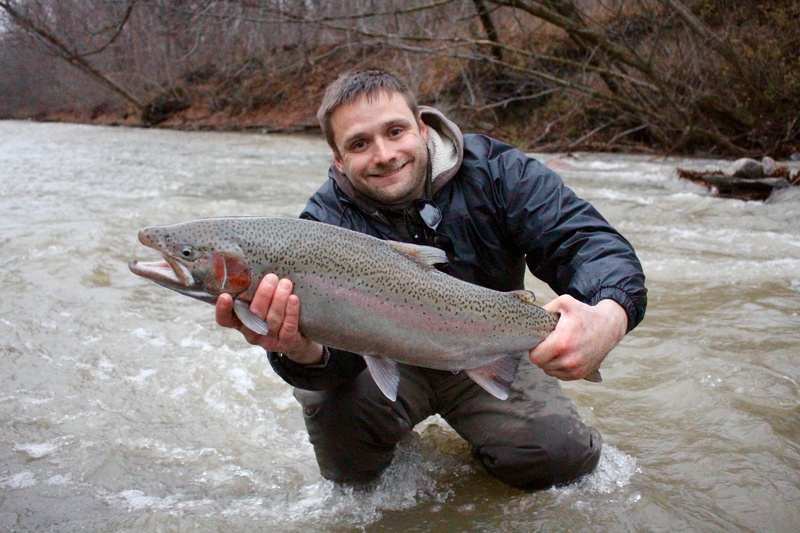 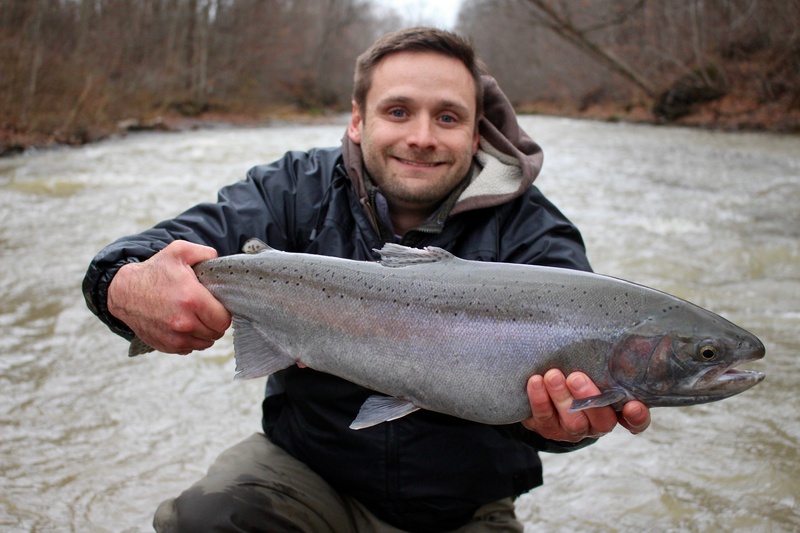 Reply kobe shoes
11:52 PM on January 13, 2022
My spouse and i ended up being absolutely thankful Albert managed to finish off his reports by way of the precious recommendations he obtained in your blog. It is now and again perplexing to simply always be handing out strategies that many others may have been trying to sell. We realize we have got the blog owner to be grateful to for this. The entire illustrations you have made, the easy site navigation, the friendships you will aid to engender - it is mostly remarkable, and it is leading our son and our family consider that that concept is excellent, which is certainly seriously mandatory. Thanks for all the pieces!
kobe shoes

Reply off white nike
9:51 AM on January 15, 2022
Thank you a lot for giving everyone an exceptionally pleasant opportunity to read critical reviews from this site. It is usually very pleasant plus jam-packed with a great time for me personally and my office friends to visit the blog really three times in one week to read the new stuff you will have. And of course, I'm just usually fascinated with the remarkable suggestions you serve. Selected 2 areas in this posting are clearly the best I've had.
off white nike

Reply off white
6:36 PM on January 18, 2022
My spouse and i felt absolutely contented that Albert could finish off his survey with the ideas he acquired from your own weblog. It's not at all simplistic to simply continually be releasing tactics that many people today might have been making money from. And we all fully understand we have the website owner to give thanks to for that. Most of the illustrations you made, the easy web site menu, the relationships your site make it easier to create - it is mostly fabulous, and it's really aiding our son and the family know that the situation is entertaining, which is rather fundamental. Thank you for the whole lot!
off white

Reply off white jordan 1
1:10 AM on January 20, 2022
I am only writing to let you understand of the fine encounter my wife's princess experienced studying yuor web blog. She noticed too many details, most notably what it's like to have a marvelous helping spirit to let other folks effortlessly master chosen complicated subject areas. You truly exceeded her desires. Thank you for distributing those warm and friendly, trustworthy, explanatory and also cool tips on the topic to Lizeth.
off white jordan 1

Reply supreme clothing
8:44 AM on January 21, 2022
I want to express my gratitude for your generosity giving support to persons that require guidance on that situation. Your real dedication to getting the message across has been wonderfully advantageous and have encouraged others just like me to arrive at their aims. Your new useful information signifies a great deal to me and even more to my office colleagues. Thank you; from everyone of us.
supreme clothing

Reply nike kyrie 7
8:47 PM on January 25, 2022
Thank you a lot for providing individuals with an exceptionally spectacular possiblity to read in detail from this site. It really is very beneficial plus packed with a great time for me personally and my office acquaintances to visit your web site not less than 3 times a week to find out the new secrets you have. And of course, I'm so at all times contented with the excellent advice you serve. Certain 4 points in this post are rather the very best we have all ever had.
nike kyrie 7